Why Are Banks So Scared of the Word Bankruptcy? 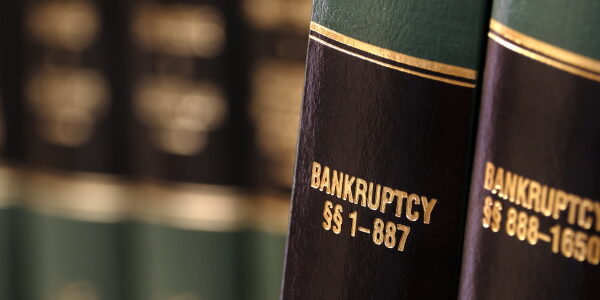 Bankruptcy Might Be Your Best Debt Settlement Option, Despite What Your Bank Thinks

If you’re struggling with debt, it’s normal to want to seek advice from your bank.

After all, banks have long been seen as cherished, powerful institutions.

They’re often housed in tall, stone buildings with imposing columns that signify wealth and prestige. The employees are sharply, professionally dressed. The cash is crisp and new, the bank vault huge. Security guards keep a watchful eye to protect the massive wealth housed within the bank’s walls.

However, banks naturally put their own interests first. They’re not a charity service; they are a business. And that business is making money. They don’t lend money just because they want to help you out. No, they loan money because you’ll then be required to pay even more back in return.

So when banks hear the word bankruptcy – where much of your debts are discharged, and you no longer have to pay them – they naturally get scared and would prefer you do anything else.

Why Banks Don’t Mention Bankruptcy as an Option

If you consult bank literature, foreclosure prevention guides, and other bank resources, you’re unlikely to find too many mentions of bankruptcy as a valid option, if any.

Banks would much rather you not file for bankruptcy when you’re in need of debt relief. They’d rather steer you toward other debt settlement options that could more benefit them.

The bank may nudge you toward things like payday loans, maxing out all credit options, or borrowing money from family and friends. Why? Because then that money can go to them.

If these bank resources do mention bankruptcy, they may frame it as a scam or not a legitimate solution for people in serious need of debt help.

They may say bankruptcy should only be done as an “absolute last resort.”

So why is this?

Because when you file for bankruptcy, you’re no longer the beggar hoping to work out a deal with the bank, totally at their mercy. Instead, you’re now a debtor – someone who owes money – who has new rights, plus a bankruptcy judge ready to enforce those rights.

The bank then no longer holds all the power. Not only their interests are of the utmost importance anymore.

Per the law, once you file for bankruptcy, creditors – including banks – can no longer harass you for payments. No more threatening letters and intimidating phone calls. No more bullying.

Bankruptcy can force lenders to the negotiating table, often resulting in better terms for you. That’s also why it’s important to work with a skilled bankruptcy law firm. The bankruptcy attorneys at Wink & Wink in Denver will make sure you get terms in your best interest, not the bank’s.

Unfortunately, for some people the word “bankruptcy” connotes failure or that your life is ruined and you’ll never recover, when it’s often the thing that can most easily and quickly get your life back on track.

Bankruptcy discharges much of your debt, including credit card debt, medical debt, and mortgage/lease payments. It may also include a repayment plan that gives you 3-5 years to pay off any debts that remain.

Plus, you often get to stay in your house and keep many of your possessions, so you can still live at a reasonable level of comfort.

Bankruptcy doesn’t mean scary workers in coveralls swarm on your house late at night taking every single possession, packing it up in their truck, and speeding off, while you’re left in the street with nothing.

If you’re in need of debt relief, your bank may be able to help. But it’s also smart to speak with a trusted debt settlement attorney and bankruptcy lawyer, such as Wink & Wink of Denver, Colorado. They’ll review your situation and determine your best option. They’re experts, not just in personal bankruptcy but also small business bankruptcy.

Speak With a Bankruptcy Attorney, Not a Bank

When you’re in need of debt relief, it can be overwhelming to consider all the options. Which is the best?

And because banks are such trusted, respected options, certainly whatever they say is the best choice, right?

Unfortunately, that’s often not the case when you’re dealing with crushing debt.

You need a solution that best helps you, not the bank and their bottom line.

Speak with a debt settlement lawyer who will put your needs ahead of the bank’s. Denver’s Wink & Wink has been helping people get relief from crushing debt for over ten years. Call Wink & Wink at 303-410-1720, or contact us online to get started today.